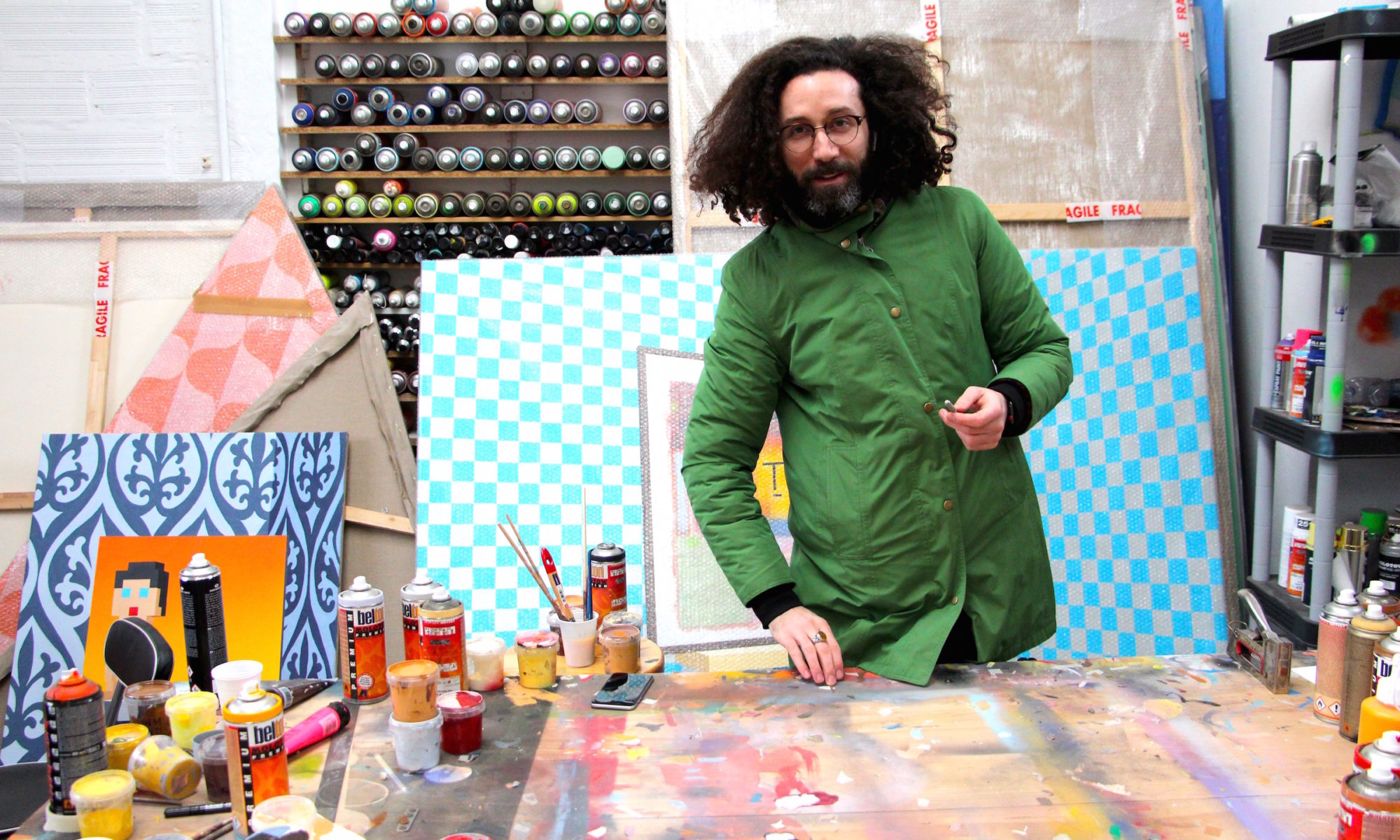 SÉPÀND DANESH, Art is a corner of creation

Persisting, almost obsessive, eager for knowledge and attached to the art of painting the French-Iranian artist Sépànd Danesh nourishes his artistic mind with literature and history. Fascinated by the corner, this hollow space often filled with melancholy and nostalgia, has become the main theme in his work.

Inspired by your own life story you’ve created the comic figure « The Little Persian ». Any plans to share this project on a bigger scale and make a comic strip out of it ?

Yes, I’d like to publish a comic strip.
I have a lot fun drawing this comic figure that is getting more and more conscious about himself and his existence, that is constantly switching between reality and imagination.
Working on « The Little Persian » helps me to work on myself but in a very amusing way.

At the end of this month you’ll have a solo show at the Dastan Gallery in Tehran. What’s your opinion about the contemporary art scene and the young artists in Iran today ?