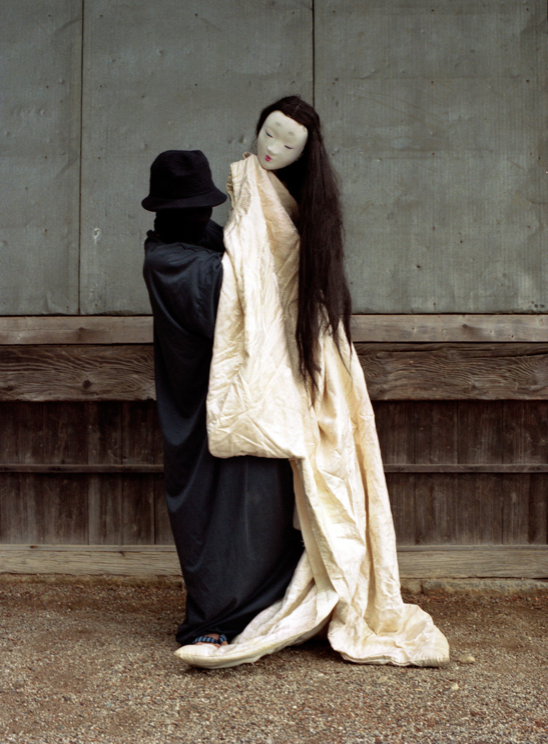 ESTELLE HANANIA, The ambiguity of beauty

Estelle Hanania is constantly playing with an intriguing ambiguity in her photos mixing de raw with the soft, the magic with the realistic, the ordinary with the extravagant.

She has won the photo prize at the Hyères Festival in 2006 and since then her work can be seen in the most renowned fashion magazines and prestigious clients such as Hermès have collaborated with her giving her carte blanche.

Graduated from the School of Fine Arts in Paris you won the photo prize at the Hyères Festival in 2006. Why did you finally choose photography as your means of expression?

During my studies of Applied Arts and at the School of Fine Arts I always used a lot photography. But the real turning point was when I meet the french photographer Camille Vivier. She’s a fantastic person and her fashion photography has something free and independent. Her work encouraged me to become a photographer without renouncing my artistic freedom and requirement.

I’m someone rather instinctive, my photos are some kind of visions of different shapes composed within a certain frame. I love the flatness of the light that was used in old Eastern European movies.
There is also the psychological dimension in my work. Who is the person that I’m shooting? What in particular do I want to reveal in my picture?

In your book “Glacial Jubilé” you’ve gathered 6 years of work focusing on Eastern European pagan cultures and winter rituals. What is so fascinating and interesting for you in those ancestral rituals?

I’m a huge fan of Folk Art, art made by self-taught artists or even untrained people. There is something very spontaneous in these kind of creations, something utilitarian, decorative, naive.
10 years ago I saw the exhibition ” L’Esprit de la Forêt” an there was this image of a mask in the catalogue that in particular intrigued me. I’ve made some research and I finally managed to find the tiny village in Switzerland where it came from. I decided to go there and take photos during their winter solstice celebration. Since then I haven’t stopped taking photos of these kind of winter rituals in Bulgaria, Austria, Switzerland, Basque Country.

“What is fascinating to me in this subject is that during this winter celebration ordinary people become performers, become somebody else, get out of themselves in order to come back calmer and purified.
It’s a kind of exorcism.”

However my photos are less precise than an anthropological research. I like to keep a certain kind of mystery.

Masks, costumes, drawings on bodies, painted faces are themes that are constantly returning in your work. In your book “Happy Purim” you’ve shot children dressed up in costumes celebrating this Jewish holiday.
Why this obsession for disguising, masking?

I’ve shot the “Happy Purim” series in Stamford Hill, an orthodox Jewish headquarter in the North of London. I’ve been there several times to take photos of those kids celebrating “Purim” and dressing up in the weirdest costumes.

These photos combine not only my fascination for masking, disguising yourself, to get out of yourself, but also the “siblings” theme, my other subject that I’m fascinated about.
I have a twin sister, so there is also a very personal approach and background behind my fascination for sisters and brothers who look the same and dress the same. This kind of resemblance can be perceived as something creepy or as something funny, depending on the each person’s personal perception.

Besides your anthropological approach in your photography, you’re working also on fashion shoots for magazines such as M magazine, Another Magazine, Wallstreet Journal, Pop, Dazed and Confused or clients such as Martin Margiela, Miyake or Hermès. Does fashion inspire you?

With my sister Marion, we were always interested in fashion. We bought all the fashion magazines and knew everything about every designer and fashion photographer.
Our mother was drawing and painting a lot, and transmitted us this passion for art and being creative. My grand-mother was sewing a lot and passed us on her love for doing manual work.

“To me fashion is something very inspiring, clothes and accessories are like objects. It allows you to create characters, tell a story.”

I’m also interested in the human body and the way it can be presented. So fashion photography is a great opportunity to express all this.

Do you prefer to work alone or do you like to collaborate with other artists and blend different means of artistic expressions? A good example for pushing the boundaries was your collaboration with the French artist Christophe Brunnquell.

I love to work with Christophe. We’ve met in Berlin and have organized a working session together for the magazine “Sang Bleu” casting several dancers. During 8 or 9 hours we were improvising and creating.

“Collaborating with Christophe Brunnquell is extraordinary, almost like a performance.”

It’s a fusion of his work and my work, leaving behind all the constraints of our usual creative process and creating something new together, without knowing which result we’ll achieve. He is constantly pushing the limits, breaking boundaries, I’m more attentive, focused on the model that I’m shooting.

But there are also other artiste that I admire and that I’d Iike to collaborate with such as the Czech filmmaker Jan Svankmajer, the artist Corentin Grossmann or the florist Thierry Boutemy.

You’re constantly playing with a certain kind of ambiguity in your photos which creates a very strong and intriguing ambiance and can sometimes be also even quite disturbing. Is this the feeling that you’re trying to evoke with your work?

I aways hated being categorized, the blond, sweet, gentle girl. We all have also our dark side. Even though we represent a certain image on the outside, there is so much more behind.

“In my photos of the winter solstice rituals I show this dark side that in the end leads to purification, to cleansing your spirit.”

Are there any films from your childhood that have influenced your artistic vision?

There are many, “The Wizard of Oz”, “Sound Of Music”, “The Never-ending Story”.

In “The Sound Of Music” I like the story around the siblings that dress the same.

In “The Wizard of Oz” and “The Never-ending Story” both stories start in an ordinary world and suddenly at one point switch into a strange and fantastical world.

That’s what I also try to obtain in my photos. So these films have definitely influenced my work.

What comes to your mind when you think about Iran?

I think of my friend Payam and his art collective “Slavs and Tatars”. He introduced me to Iranian culture.

Credits:
All photos by Estelle Hanania