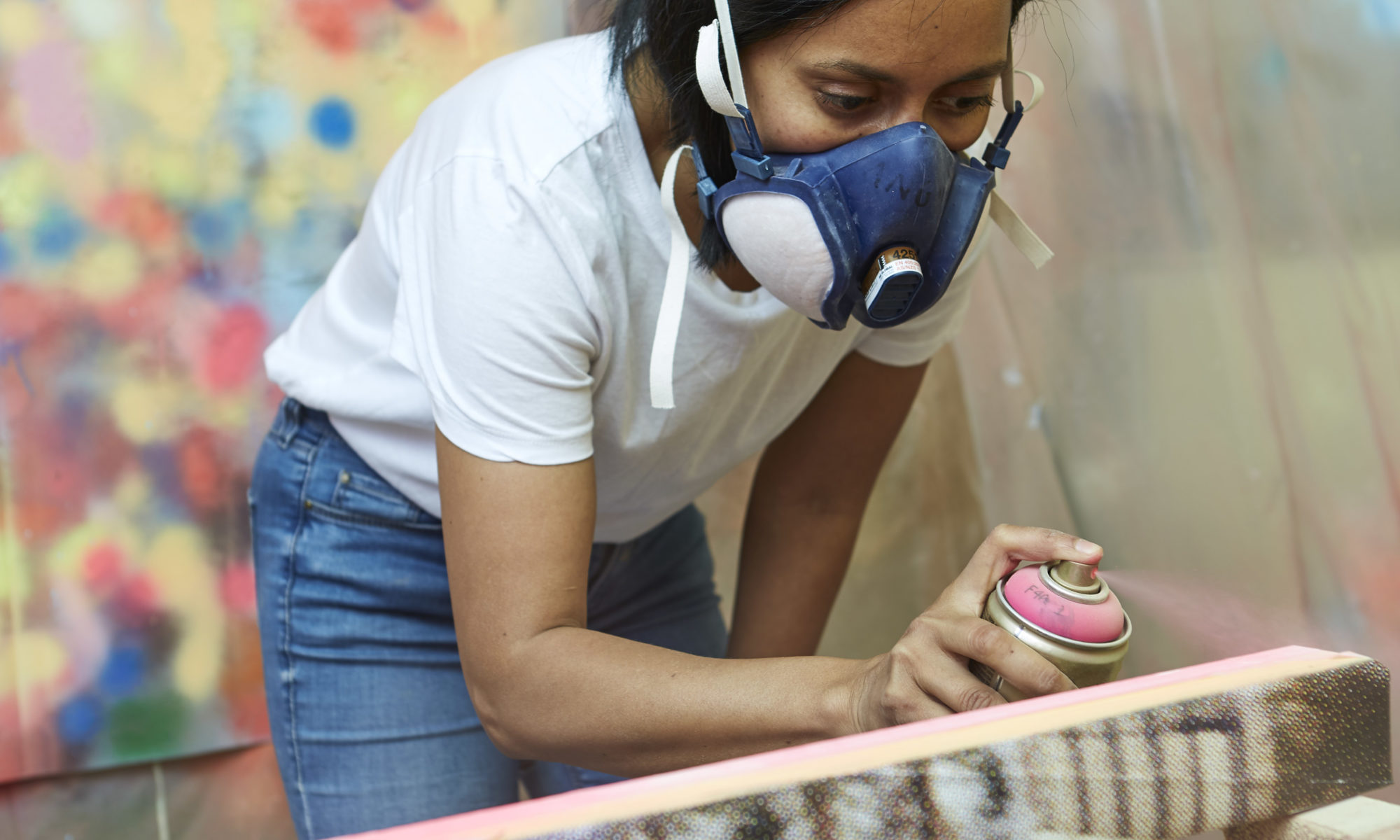 British-Bangladeshi artist Rana Begum has been moving from Bangladesh to England when she was eight, without speaking any word of English. She has chosen from that moment on, art as her mode of communcation. This permanent urge to create has led her to become one of the rising stars in the international art scene.

She once said about her practice “The need to create is always there. I took a visual route. It’s not necessarily one that people always understand, but I am happy with it. Even though sometimes, I may not be sure where I’m going, I feel confident that this road is taking me somewhere.”

How did you get into arts?

I arrived in England in 1985. I didn’t speak a word of English so when I started school it was really hard – I spent most of my first day really bored and trying not to fall asleep! The next day my teacher gave me some colouring pencils and paper. Suddenly I had a way to communicate. I drew constantly and all of my pictures went up on the wall. It gave me such a positive connection with art from a young age.

So becoming an artist was quite a struggle for you.

Yes, I think that’s fair to say! Being both female and Muslim meant that I had to work very hard not to have either of these things define my work or how it is perceived. I didn’t make things easy for myself though. I started out as a figurative artist which was in conflict with my family’s religious beliefs but, thanks to the support of my headmistress and my uncle, they came around.
It’s all part of the journey that has got me to where I am today.

Light, Colour and repetitivity are very important in your work. Any connection with your childhood in Bangladesh where you grew up until you were eight?

Yes, it’s quite strange because, for a long time, I didn’t feel at all connected with my experience growing up as a child in Bangladesh.

It was only when I was in cognitive analytic therapy, a means of the rediscovering memories, that I was able to discover why I did certain things as a child in Bangladesh and how they influenced my work later. I really do believe things happen for a reason!

For example, I used to stare into the rice fields and these images are extremely vivid. I remember the repetitiveness, the water, the wind, the movement and the light reflecting on the water. I recall being told off quite a lot for sitting and staring. At the time I don’t know why I was doing it. But now these colours and forms are manifest in my work, as if they somehow imprinted in my mind as a child.

Colours are very important to me. I grew up watching Bollywood movies and I absolutely loved their vibrancy.

Also, my love for repetition derives from my religious upbringing. I grew up reading the Qur’an and praying five times a day. The routine of prayer as well as the movements you do when you pray, instilled this repetition that forever permeates through my work.

These three things, colours, light and form are like a triangle that have shaped my practice.

And how did it feel to return to Bangladesh as an artist in 2014 to exhibit at the Dhaka Art Summit ?  Have you been nervous?

I was really nervous, it felt like a really big deal! I knew that I’d go back to Bangladesh one day but I didn’t think that I’d go back to exhibit. This was around the time I was in therapy and had uncovered some more childhood memories. It felt particularly fitting that the brief was to use materials that were produced locally. While growing up I had a family friend who looked after me and she used to weave baskets. I wanted to incorporate that childhood memory so I thought why not create a structure with a basket formation.

When I was a kid, I used to go to the mosque early in the morning to read the Qur’an. The mosque itself was very simple with a fountain in front which has since been demolished. I remember the room filled with people reciting the Qur’an. There was the sound of voices alongside that of pages turning with sunlight peeking through the window. It was a strong multi-sensory moment of light and sound. This is what I wanted to recreate at the Dhaka Art Summit, an experience that was intense yet calm and meditative.

Another highlight from my return to Bangladesh was that I met Ziba from Parasol Unit in Dhaka.

This was a very important encounter in your career.

Meeting Ziba was a very special moment in my career. She gave me an incredible opportunity to have a solo show at Parasol Unit in London.

Through her work as a curator, I was able to create a narrative that helped me to understand where my work comes from, to access where I was at that time and let me know that I was going the right direction. This show truly gave me the confidence that I needed.

As an artist, do you think it’s important to leave room for accidents and let go sometimes?

You have to! Otherwise, you’ll produce the same stuff over and over again. Each accident is special and has to lead to something else. It might be the tiniest detail that the next art piece answers. So much of my work stems from chance encounters – the play of light on a wall or from experimenting with a new material. I think it is essential to maintain a level of curiosity and freedom when creating work.

And when you look at a finished art piece, does it happen that you’re unsatisfied with the outcome?

Sometimes yes and that’s when I leave it alone for a while and will come back to it. There are times when I don’t want to let go of the works. However, to me it’s more important that the work gets out when its finished and can interact with viewers and its environment. Because temporal factors such as light play such a crucial role in my work, you can never really say that a work is finished because it will take on a variety of new and unexpected states depending on the time of day, various densities of light etc. That’s why I love public art. You can push the boundaries you would not be able to tackle while in the studio.

Any public place where you dream to have one of your art pieces?

And what about collaborations?

I love collaborating with people from different disciplines because there are things to explore that you might not have thought of.

For me, it’s vital to be open to conversations and criticism. That’s the only way to continue growing and learning.

Was it always easy for you to talk about Islam?

That was one of the things that was really difficult to me for a long time because I did not want to be pigeonholed, to be pushed into a certain direction. I did not want my gender, my religion or my culture to be an issue. It was imperative for me not to focus on those things and painting offered me the freedom that I needed. Now I don’t have an issue talking about the influences.

What is your first thought when you think of Iran?

That is a place I would love to go to…geometry, colour and delicious food comes to mind!

Credits:
All photos of Rana Begum at her studio by Philip White
Cover picture by Josh Murffit