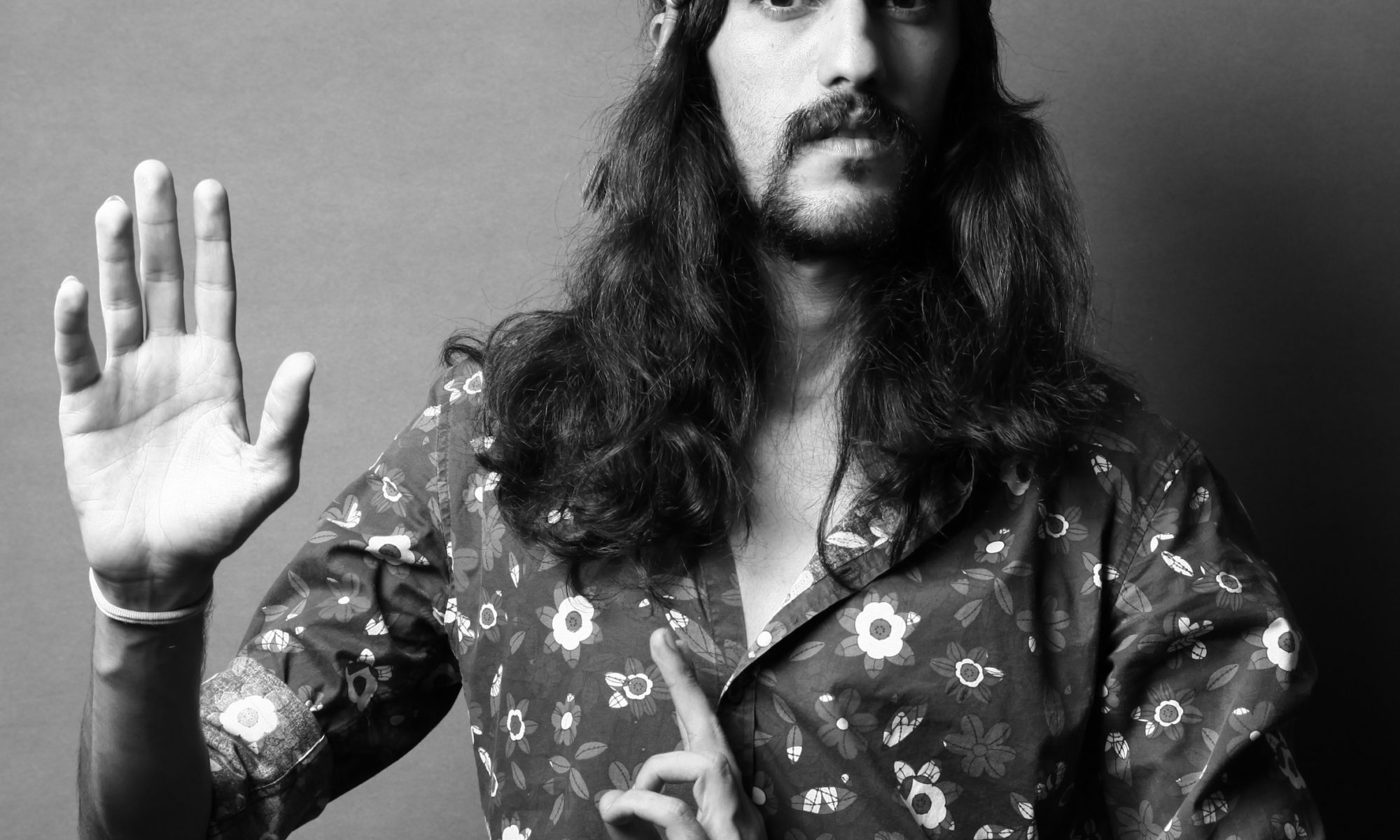 Still in his senior year at the Academy of Fine Arts in Vienna, the name of Pourea Alimirzaee is already circulating among art collectors.

Originally from Iran, Pourea deals in his work exclusively with the subject of fragile masculinity, also called toxic masculinity. He has created this character, a kind of human being between woman and man, who looks very similar to the long-haired young artist. Self portraits? “Yes, of course there are similarities”, he replies with a laugh and self-confidently and adds, “As a viewer you have to deal with it, either it bothers you or you feel attracted”.

How did art come to you?

I’ve initially studied computer engineering in Tehran, but I was always drawing. I just didn’t know at that time that I’ll continue in art.

So how did you come to Vienna to study art?

I needed a change at one point in my life, a new challenge. At that time, I was playing the bass in a band in Iran. So, one day I’ve met a friend of mine on the street who told me to try the admission exam for the Conservatory of Vienna. I’ve done it… and a couple of months later I found myself in Vienna studying bass at the conservatory. But the way they taught music was too conservative for me, so I decided to apply for the Academy of Fine Arts in 2015 in figurative painting with Kirsi Mikkola. And I got in!

Looking at your paintings, there are is always this character with this long hair set in this dreamy environment …

Yes, I’m actually working on the subject of “toxic masculinity” or “fragile masculinity” which refers to certain cultural, traditional and stereotypical masculine norms that can be harmful to men, women and society overall. It also brings up the position of men who behave in a feminine way but are not gay.

I have struggled my whole life with this kind of stereotypes and society that tells you to play this role of being a “real man”.

So, when I came to Vienna, I’ve started to explore more this feeling that I had and to do more research on “toxic / fragile masculinity”. It’s a trend that started around four years ago, so I thought it’s actually time to talk about it.

So, in this case are these portraits in your paintings actually self portraits?

Of course there are similarities!
I’ve created this character where you’re not sure if it’s a man or a woman with long hair. The long hair is normally a very feminine symbol, and here you have this dude standing in this picture trying to be confident, just be. As a viewer you have to deal with it, either you feel disturbed or intrigued.

And as a musician, any music when you paint?

Yes, the movie soundtrack of Kurosawa’s “Rushmon” over and over again. It’s brilliant! It brings me into a kind of spiritual state of mind.